Attack of the Three-Storey Podium!

Have you ever wondered how your neighbourhood would look with a brand new three-storey podium?  I have.  I think it would look really weird.  I have serious concerns about the practicality of such a podium, the inevitable noise pollution, and the lack of integration with the surrounding architecture – not to mention a complete lack of retail space. 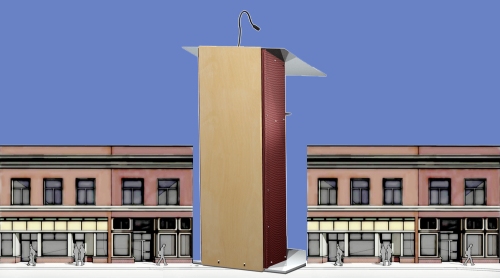 Background: Over the last two years, I’ve been trying to get city planners to think about how they design their public notices.   I asked designers to re-imagine what a public notice could look like, and I gave an award to the Village of Permberton, BC after they redesigned their template in 2012.

So far, most of the critique has focused on design elements like colour, images, font, layout, etc.  But what about language?  In this blog post, I’ll take a quick look at some of the words that city planners and developers use on their public notices, and how their choice of words may impact participation levels. 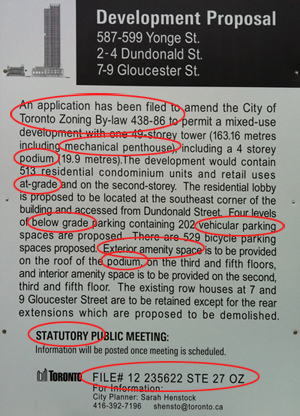 Our public notices often mention a two to five storey “podium”.  This is a technical term that refers to the broad base at the bottom of a tower.  The problem is, if you’re not a professional planner or architect, then the word ‘podium’ probably makes you think of a wooden box with a microphone.  Why not refer to the base of a building with an easier-to-understand term like …”base of the building”?

note: Yes, I know that a box with a microphone is technically a ‘lectern’ and not a podium.  But when we’re talking about plain language communication, it’s all about how language is used, not how it’s technically defined.  If you do an image search for ‘podium’, you’ll see a lot of boxes with microphones on top.

Each public notice for a development proposal contains a section called “Statutory Public Meeting”.  This section has a few problems.  First, it rarely contains any information about meetings.  It simply says, on almost every sign in the city: “Information will be posted once meeting is scheduled”.

.
Sometimes, it doesn’t say anything at all.

.
And here’s an idea:  If we really want people to show up to a statutory public meeting, then I would suggest not calling it a “statutory public meeting”.  The title implies that the city planners are being forced to have the meeting, not that they actually want to hear from you.  Would you come to my birthday party, if it was called a Statutory Birthday Party?  It just doesn’t sound very inviting.  Also, I hate to say it, but for folks who aren’t lawyers or bureaucrats, the word ‘statutory’ is heard most commonly in conjunction with the word ‘rape’.  Why not just use  something simpler like “Public Meeting”? 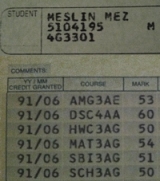 I don’t know about you, but I when hear the term “below grade”, I think of  my old report cards from high school.

No one uses the term “below grade” to refer to things that are underground.  They usually say “underground”.

Imagine if they didn’t: 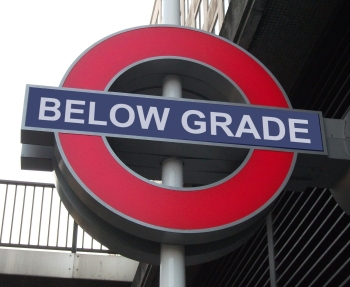 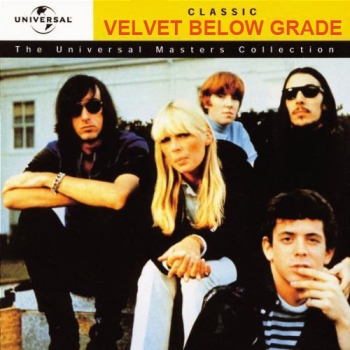 .
Some other clunky jargon phrases to avoid:

‘Vehicular Parking’  Car parking would be fine.  People know that also includes SUVs and Pick-ups and whatever.

‘Exterior Amenity Space’  How about public space, or patio, or park, etc.. 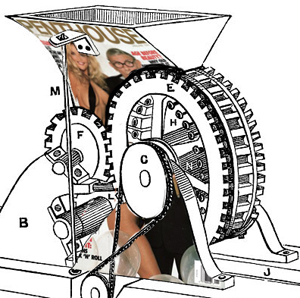 ‘A rezoning application has been submitted to amend site-specific zoning bylaw 1009-2010…’  Sorry, but that’s meaningless to the average citizen walking on the street.

‘Residential Dwelling Units’ …What would a non-dwelling residential unit be??

‘Mechanical Penthouse’ What is that??

And if you thought these signs were bad – wait until you see the printed notices.  They are 70% legal mumbo jumbo, and 30% useful content. (at right)

To be fair, I know that city planners are required to put some of  this jargon on signs and notices.  Some of it’s required by the Ontario Planning Act.  Great!!  Put it in a smaller font – at the bottom.  Almost every commercial ad, in any magazine or newspaper, also contains tonnes of required legal mumbo jumbo. But they hide it all in one small paragraph of legal technicalities – at the bottom!  Not in the opening paragraph. 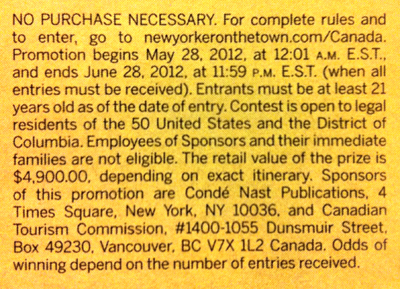 .
One last thing: Can the reference number be shorter?  How is is that Ontario can assign a unique license plate to every single car in the province with only seven digits, yet Toronto needs a fifteen digit code for each development proposal?

.
If we really want normal people to notice these signs and respond to them, then we should use plain language, rather than confusing everyone with three storeys of  below-grade statutory jargon.

This entry was posted in Community Organising, I Have Too Much Time on my Hands, Random Rants. Bookmark the permalink.

18 responses to “Attack of the Three-Storey Podium!”